Why has the City of Požarevac been silent for four years on calls for help from tenants of social housing? 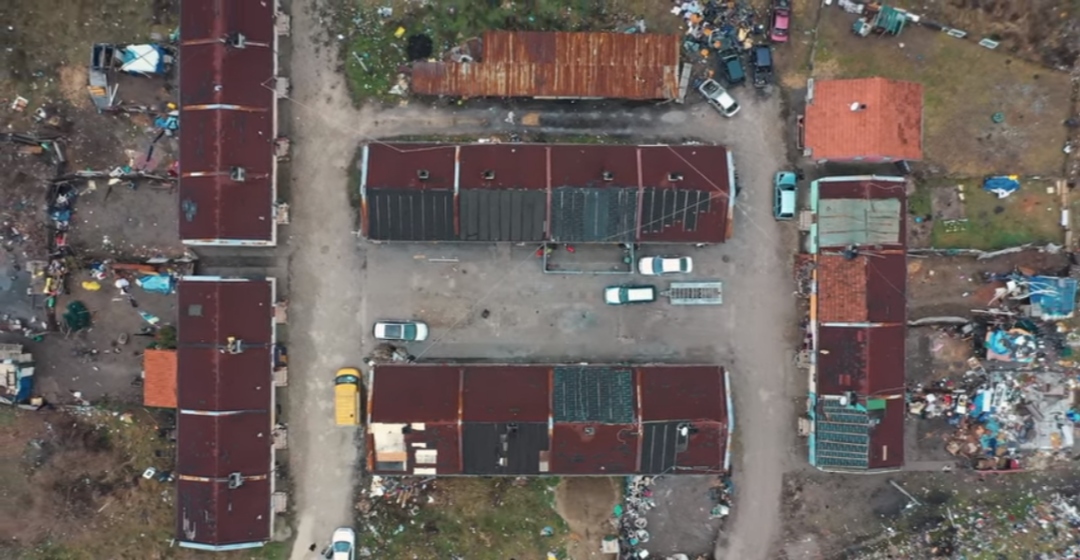 Posted at 14:56h in News by a11initiative 0 Comments
Share

About twenty families living in the settlement in Uzun Mirkova Street live without drinking water and electricity, surrounded by garbage, in houses whose roofs are leaking. Unfortunately, that is nothing new because they have been living like this for years, and nothing has changed during the pandemic.

The citizens of Pozarevac know that inhabitants of this settlement are internally displaced Roma from Kosovo who moved into social housing in 2010, which was built by the German organization ABS with the support of the European Union, in cooperation with the Commissariat for Refugees and Migration and the municipality of Pozarevac. Most of them do not have formal employment and mostly live on a minimum amount of social benefits, and many have been cut off from electricity and water due to debts for unpaid bills.

“A dignified life in the 21st century is hard to imagine without electricity and water. It is clear that due to the very poor social status resulting from poverty and social exclusion, these people cannot solve the problem of accumulated debts for water and electricity on their own without the help and support of the local government. Therefore, it is important to remember that when it comes to meeting basic living needs, which is impossible without access to electricity and drinking water, and especially in cases of  those who are most endangered, the state has an obligation to provide adequate assistance to ensure respect for the right to an adequate standard of living, says Marko Vasiljevic from the Belgrade organization A 11 – Initiative for Economic and Social Rights, which for several years now has been representing the interests of the inhabitants of this settlement before state and local institutions.

There is no answer, however.

In the last four years, Initiative A 11 has been trying to raise the issue of solving the problems of the inhabitants of this settlement with the city authorities in Požarevac, but has not received any answer. Apart from the initial meeting from 2018 after the formally sent initiative, there was no invitation to the meeting nor response to the letter or e-mail.

At the very beginning of the coronavirus pandemic, the representatives of A 11 Initiative, together with the Ombudsperson, visited the settlement in Uzun Mirkova Street in Pozarevac, after which the Ombudsperson sent recommendations to the City Administration of Pozarevac ordering urgent measures to improve the situation of these people. The city was recommended to disinfect the settlement, to install garbage containers, as well as to provide electricity and drinking water.

Pozarevac is not the only local self-government that has an unresolved status of social housing beneficiaries who cannot pay utility bills, nor are the recommendations of the Ombudsperson sent only to the Pozarevac city government. Other cities and municipalities face a similar problem, and few have managed to solve this problem. One of them is the City of Pancevo, where the Center for Social Work bears all the costs of communal services to the users of social housing who are socially endangered.

It is more than obvious that the problems that the inhabitants of this settlement are facing cannot be solved on their own and that they will continue to live in inhumane conditions until the authorities in Požarevac react. In addition, it is their duty to take appropriate measures to ensure respect for the law and the enjoyment of the constitutional right to social protection based on the principles of social justice, humanism and respect for human dignity.

Initiative A 11 once again appeals to the city authorities in Pozarevac to respond to calls for help from residents of social housing and start solving the accumulated problems caused by years of neglect of the conditions in which these people live, as well as the circumstances that led to it.

The short documentary about the life of the inhabitants of mentioned settlement can be found here.