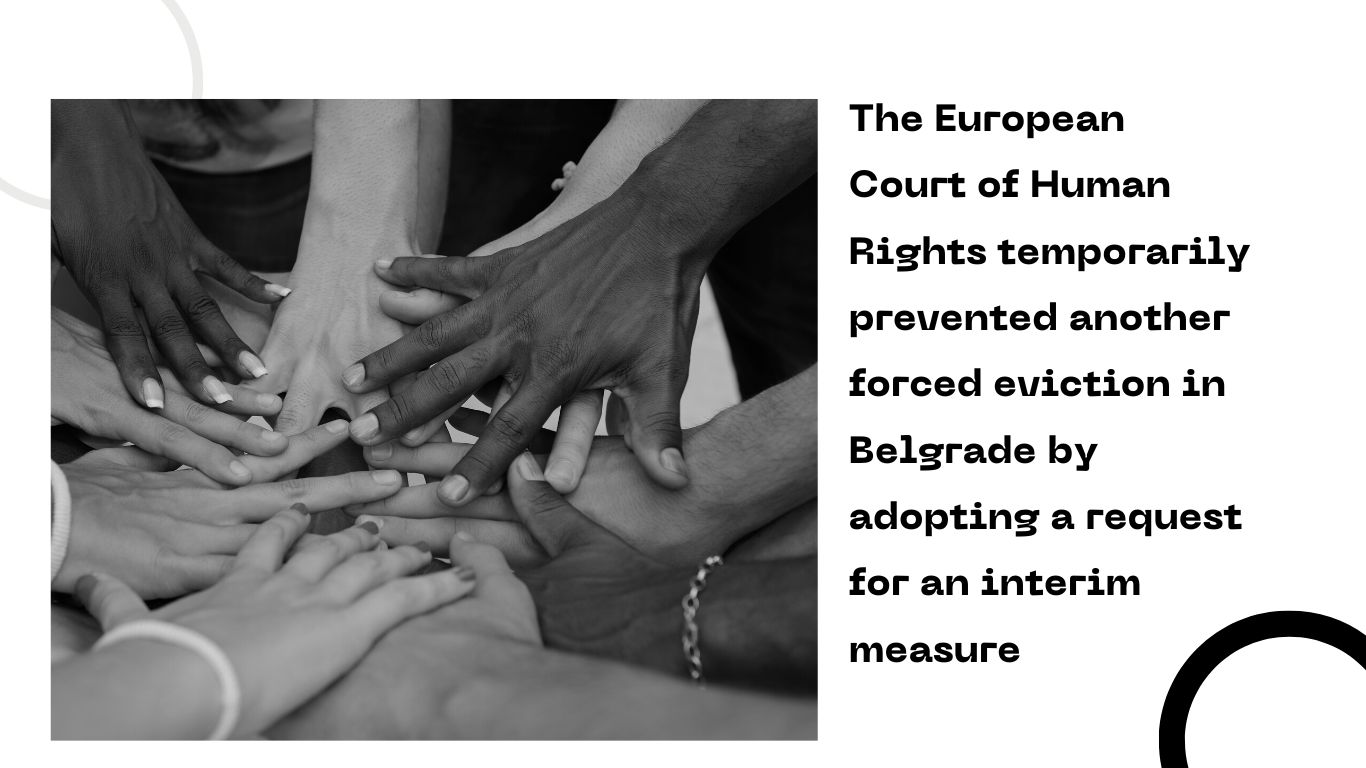 Posted at 10:01h in News by a11initiative 0 Comments
Share

On July 1, 2022, A 11 – Initiative for Economic and Social Rights submitted a request for the imposition of an interim measure to the European Court of Human Rights, regarding the forced eviction of the Š family, scheduled for July 5, 2022, at the territory of the city municipality of Čukarica.

The Š family has been living in an unconditioned object without electricity and water for years, with registered residence at the address of the Center for Social Work. This family of four members, one of whom is a minor child, lives on financial social assistance, which they started receiving only recently. Competent city and municipal authorities treat the unconditional shack, where they live and which is their only home, as an illegally built object on public land that needs to be demolished, which is why the eviction procedure has been initiated.

The Š family was never offered any alternative accommodation, which is a mandatory step according to both national and international law, although there was talk of eviction during the previous year and despite the fact that Initiative A 11 addressed this problem before the competent institutions. The only “solution” proposed by the competent social protection institutions was the separation of the family, i.e. the placement of the minor child in the Shelter for Children, and the adult family members in the Shelter for Adults and the Elderly “if there are capacities”. This means that at one point the Š family could “choose” between a situation of forced homelessness and family separation, which would have other harmful consequences.

Bearing in mind that the implementation of forced eviction and separation of the family would cause irreparable damage to the Š family, especially with regard to the violation of Art. 3 of the European Convention on Human Rights, which guarantees protection against inhuman and degrading treatment, the European Court of Human Rights imposed an interim measure on the Republic of Serbia, which was in force until July 15, 2022. After Initiative A 11 and the Republic of Serbia submitted additional answers, the measure was lifted, because the state explained that the eviction was abandoned due to the fact that the building was not empty.

Although the housing issue of the Š family has remained unresolved, despite the fact that the competent authorities are aware of the situation, another interim measure of the European Court of Human Rights is a confirmation of systemic violations of the rights of citizens who are exposed to forced eviction procedures in the Republic of Serbia, especially those who come from the most vulnerable part of the population.