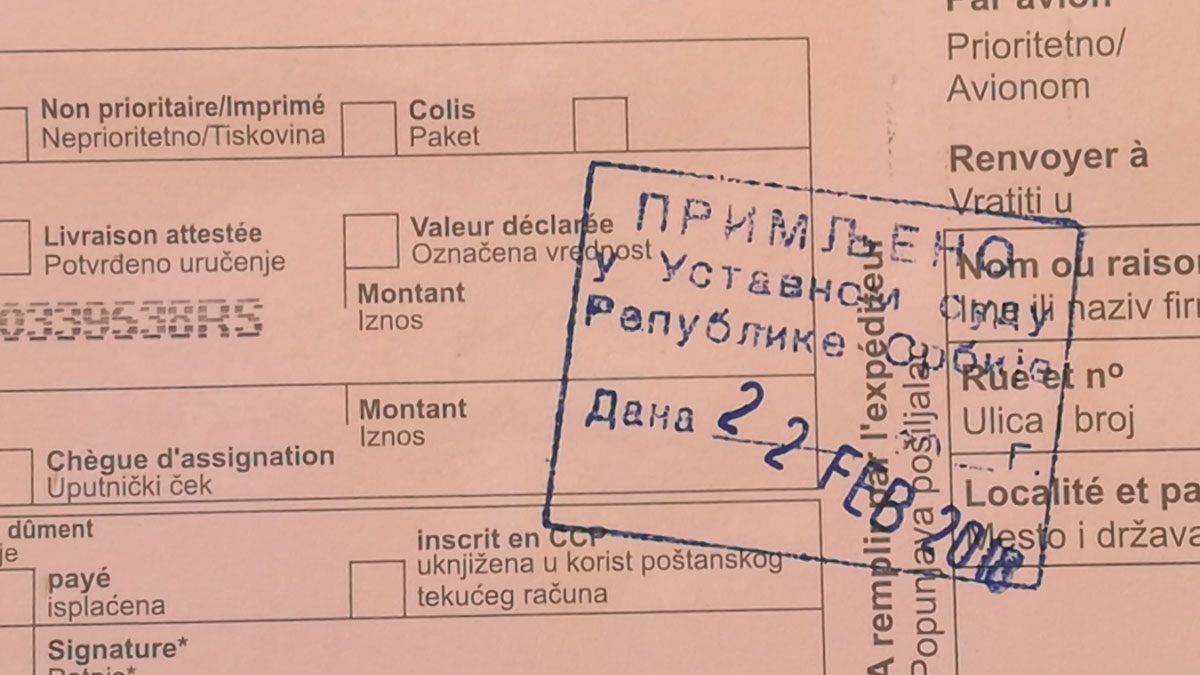 Posted at 17:48h in News by a11initiative 0 Comments
Share

Initiative for eonomic and social rights A11 filed a constitutional appeal on behalf of N.V, a refugee from former Yugoslavia, who has been unjustifiably declined tax deduction as a result of the discriminatory application of regulation.

In addition to the amendments to the Law on Property Taxes of July 2014, that stipulates that property taxes are also to be paid when leasing social apartments as well as when leasing apartments to refugees and internally displaced persons, the position of N.V has been additionally exacerbated by the discriminatory application of the regulation during decision-making process regarding the right to tax credit.

According to the Law on Property Taxes, taxpayers have the right to a deduction to their determined tax in the amount of the tax credit, if they live in the apartment they pay the tax for. N.V.’s right was dismissed because he does not have a registered permanent residency, but temporary residence. The specific situation that he is in – that as a refugee he is not able to register permanent residency in the Republic of Serbia – has not be taken into account.

Therefore, the A11 Initiative for Economic and Social Rights filed a constitutional appeal because of the violation of the principle of equality in relation to the realization of the right to property and violation of the right to a fair trial. The constitutional appeal points to the practice of European Court of Human Rights that established a standard according to which discrimination is present when states, without any objective and reasonable justification, do not act differently towards the individuals whose situation is significantly different from those of other citizens.

That view is confirmed in a more recent ruling in the Guberina v Croatia case, in which it was concluded that specific needs of discriminated persons must be taken into consideration when prescribing tax deduction.

Bearing in mind that the Ministry of Finance of the Republic of Serbia has also made a binding opinion according to which residence is confirmed strictly via reporting the place of residence – in cases related to refugee residency taxation in the process of exercising the right to a tax credit – as well as that this problem effects hundreds of refugees living in Serbia, the A11 – Initiative for Economic and Social Rights will continue to address this issue, and will demand that competent authorities ensure non-discrimination and respect for the guaranteed human rights for all Refugees from the former Yugoslavia, as well as for other vulnerable categories of the population.