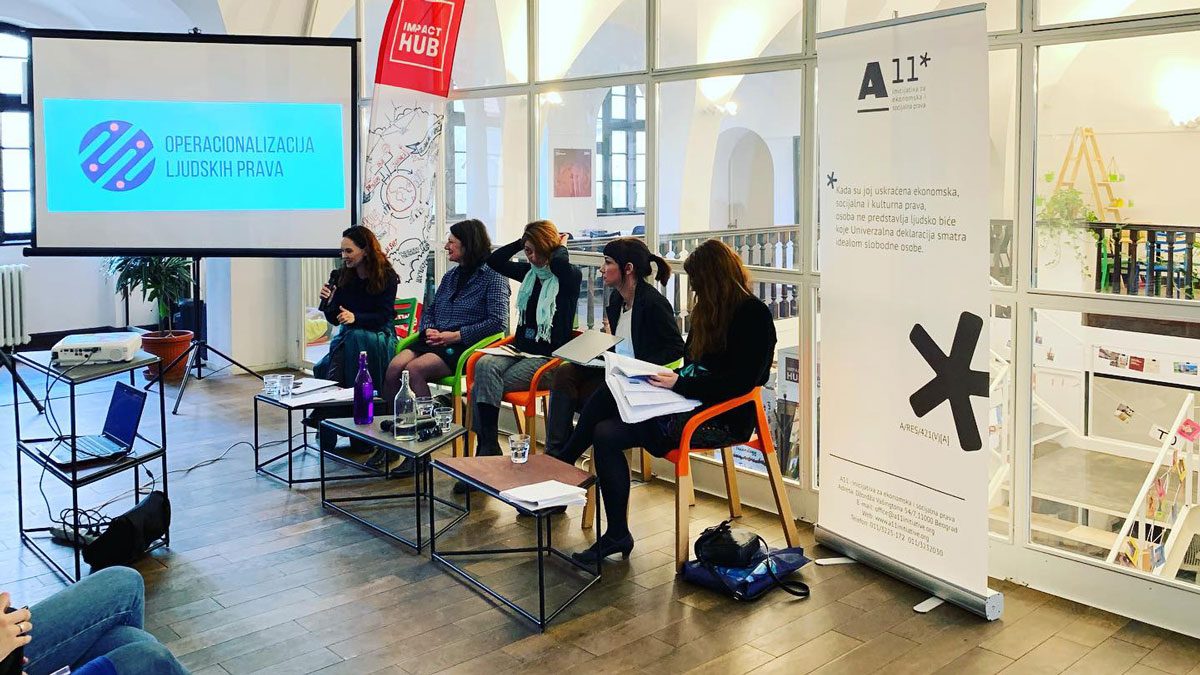 Posted at 08:13h in News by a11initiative 0 Comments
Share

A 11 – Initiative for Economic and Social rights has organised a panel discussion “THE POSITION OF WOMEN ON LABOR MARKET – from numbers to actual status”. Panel discussion was organised within the project Operationalisation of human rights – from policy to local levels with the support of the British embassy in Belgrade.

The participants were especially interested in the presentation of data from the research on position of women workers in textile industry. Women workers faint during work so often that it has become such a regular occurrence that it was not a problem they complained about when asked about their labour rights. Bojana Tamindžija, representative of Clean Clothes Campaign in Serbia, stated that the women workers in the textile industry are aware that their human rights are hindered, but that they are afraid to react in any way.

The participants were also interested in data about women employed in social welfare centers, that were presented by Borjana Peruničić from the professional service of Ombudsperson. She stated that austerity measures impacted the women employed in the public sector the most, as well as that there are not enough employees in social welfare centers which contributes that women from the most vulnerable groups stay deprived of social protection services. In further discussion she stated that there are only 12 women Mayors, as well as the largest percentage of women employed in local government is working at the lowest positions.

Sarita Bradaš, researcher in Center for Democracy Foundation stated that in many Laws, not only those who regulate labour rights, are discriminatory. The example is Law on pension and disability insurance which does not take into account the date on average age according to which the women die sooner. Men and women acquire the right to pension at the same age, but women are users of right to pension for the shorter amount that men, therefore the State saves money on women.

Biljana Janjić from FemPlatz stated that the education structure in Serbia is such that we have more women with higher education than men. However, the European Institute for Gender Equality has published the research according to which informational technologies are the most competitive market, but only 20% of women graduate from IT Universities. Biljana said that the reason for such situation are stereotypes that begin in early age. Girls are given toy irons and kitchens while boys are given toy guns. Such actions have an effect on job search in later age. 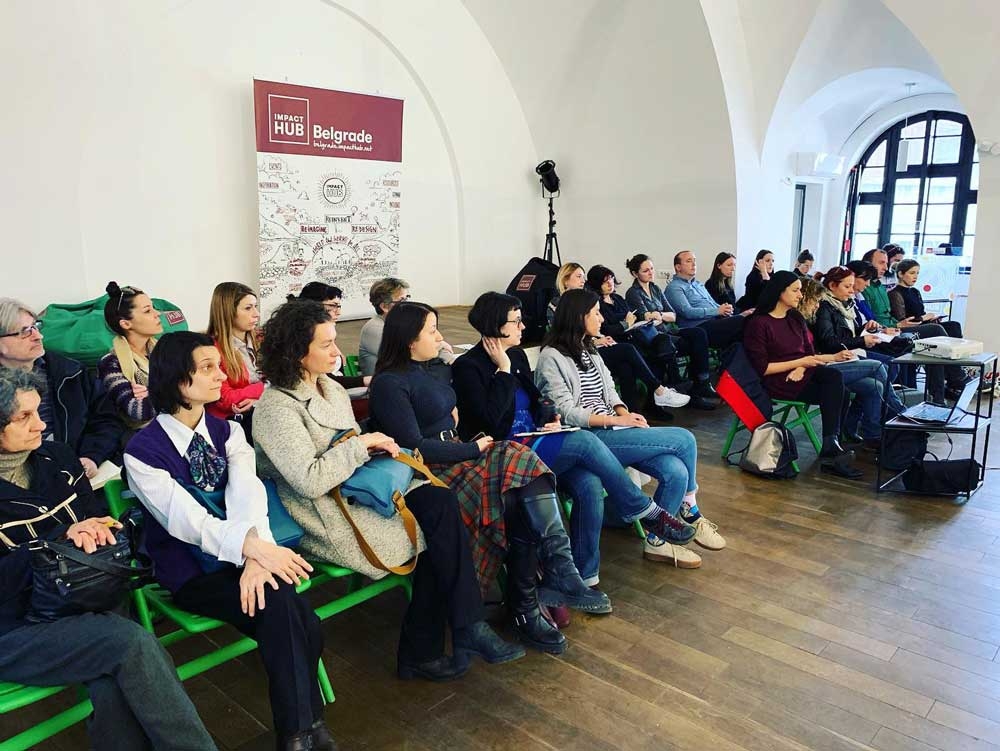 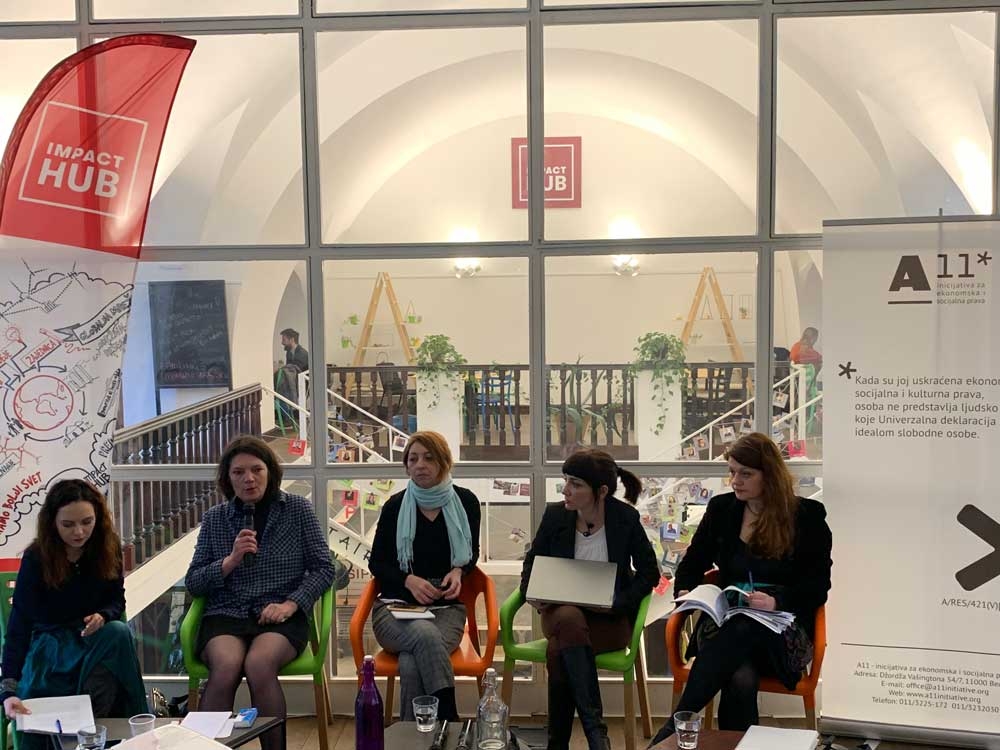 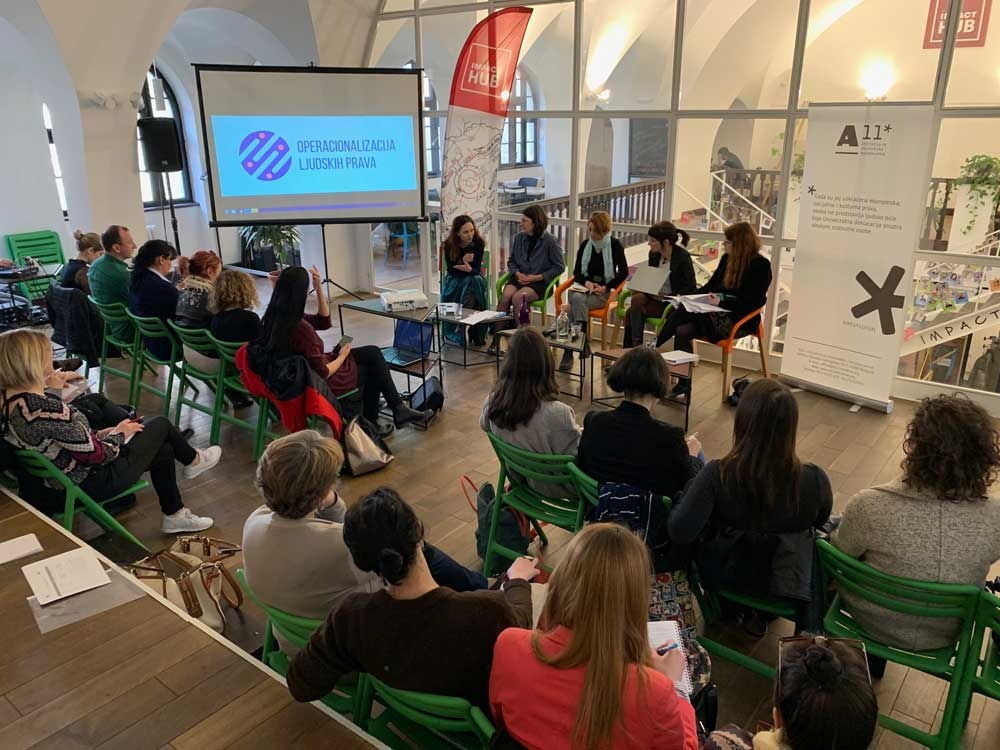