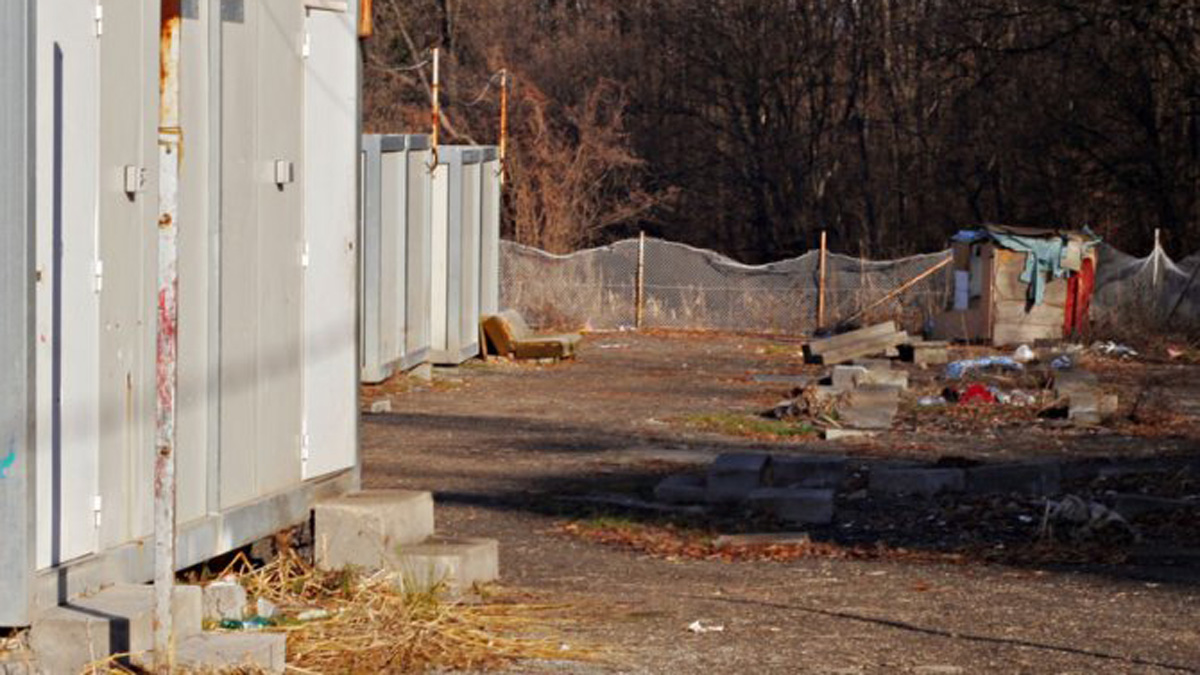 Posted at 10:04h in News by a11initiative 0 Comments
Share

After A 11- Initiative for Economic and Social Rights submitted a complaint, The Commissioner for Protection of Equality issued an opinion that determined that The Secretariat for social welfare of City of Belgrade has discriminated K.S, a person with disability that lives in container settlement Makiš that was built after eviction of informal Roma settlements.

A 11 – Initiative for Economic and Social Rights has submitted a complaint on behalf of K.S who is a person with disability and user of a mobile habitation unit in Makiš that uses a wheel chair for its movement. The complaint was submitted because, despite the fact that K.S referred to the competent Secretariat with request to have his movement and entrance to his mobile unit and toilet enabled, nothing has been done since August 2017. Because of that, K.S has not been able to use his mobile unit without assistance which led to K.S spending only a couple of days a year outside and for him to rely on other persons for fulfilling his basic needs.

The Commissioner for Protection of Equality issues an opinion in which he determined that Secretariat, despite its statement that it is familiar with the fact that K.S is a person with disability, has not proven that it has taken any measure or activity to overcome architectural barriers that disable K.S to enter or exit his mobile unit or use the toilet independently.  Therefore, K.S as a person with disability has not been provided housing in the same extent as habitants without disability.

A 11 – Initiative for Economic and Social Rights reminds that back in 2012 has been established that the Secretariat for Social Welfare of City of Belgrade has discriminated Roma that live in container settlements. A Long-lasting discriminatory practice that exists in Belgrade regarding housing of Roma in container settlements is extremely worrying, because it violates some of the basic principles that the legal system in Republic of Serbia is based on. Regarding that A 11 – Initiative for Economic and Social Rights follows the fulfilment of this opinion of The Commissioner for Protection of Equality with special interest as well as actions of City of Belgrade in procedures regarding the housing of Roma.