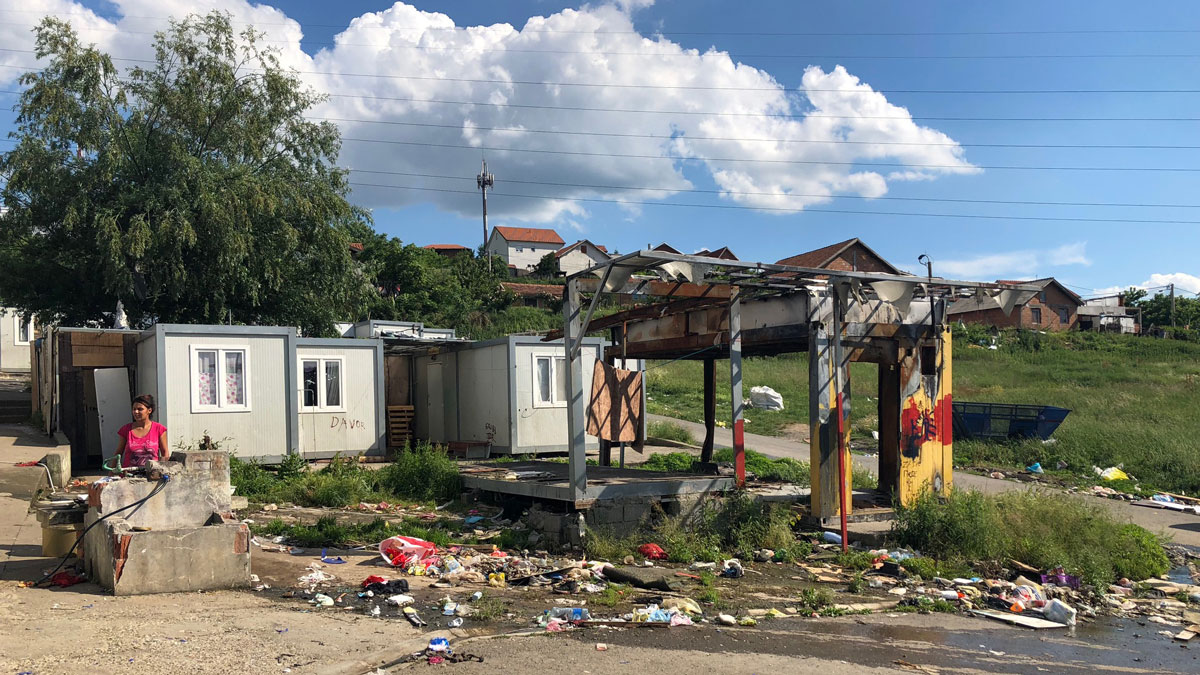 Posted at 17:50h in News by a11initiative 0 Comments
Share

During regular activities, that include field visits to Roma settlements in the aim of providing free legal aid and counselling regarding the right to access social protection and right to adequate housing, the activists from the A11 Initiative for Economic and Social Rights visited families that live in the container settlement in Mirijevo.

It is important to note that these families have been forcibly evicted – contrary to international regulations which guarantee the right to adequate housing – from informal settlements Gazela (2009) and Belville (2012), as well as from various other locations in Belgrade. Even though accommodation in container settlements should have been a temporary housing solution, the residents of this settlement in Mirijevo have lived in these conditions, which are below any civilizational minimum, for years.

During conversation with residents of the settlement, we have spotted various problems that they face daily, such as the lack of housing space compared to the total number of family members, uncertainty of housing status, the state of housing units, etc. Among other things, many of the people that live there have stated that the biggest problem is that the hygienic conditions are extremely bad, primarily because they do not have a sanitary container on site, or rather they did have one until it was devastated in a fire – which happened more than two years ago. Even though they addressed the Secretariat for Social Welfare of the City of Belgrade – which is responsible for maintenance of residential and accompanying objects in container settlements – regarding this issue many times, there was no reaction from competent authorities.

The A11 Initiative for Economic and Social Rights has notified the Ombudsman about the lack of elementary sanitary conditions in the container settlement in Mirijevo, which makes the everyday life of its residents significantly more difficult. After that, the expert service of said body initiated a procedure, requesting that the Secretariat for Social Welfare deliver information regarding this specific case, as well as possible solutions of the problem.